Does using a mobile phone increase a person’s risk of cancer?YES!!! It could do, according to research published last year.The researchers showed that using mobile phones increased the risk of two types of cancer – both related to the position of the phone on the body.Here’s what they found.Mobile phones and breast cancerResearchers from Taiwan showed that heavy use of smart phones increased the risk of breast cancer.1The team collected information from over 200 Taiwanese patients with breast cancer and a group of healthy controls. They found that several aspects of smartphone use increased the risk of breast cancer.People addicted to smart phone use had 1.4 times the normal risk.Those who used a smart phone for more than 4.5 minutes before bed had 5.2 times the normal risk.People who carried a mobile phone close to the breasts had 1.59 times the normal risk.Those who carried one close to the chest or waist had 4 and 5 times the normal risk.‘Our results suggest that people with smartphone addiction could have massive radiofrequency exposure compared to people without smartphone addiction, therefore increasing their risk of developing breast cancer,’ the authors wrote.Mobile phones and thyroid cancerResearchers from Sweden believe there’s evidence that mobile phone radiation could be contributing to thyroid cancer, which is on the increase around the world. 2Michael Carlberg and team obtained data about thyroid cancer rates from cancer registries in Sweden and Nordic countries from 1970 to 2017. They found increasing rates of these cancers in both men and women. This included a 7% annual increase in thyroid cancer rates in women aged 20 to 39 and 40 to 59.A ‘good candidate is no doubt the use of wireless phones, especially the handheld smartphone that due to the antenna position gives RF exposure to the thyroid gland. This organ is one of the highest exposed aside from the brain during the use of smartphones,’ the authors wrote.The link between mobile phone use and thyroid cancer has been seen in several studies, including the multi-million-dollar National Toxicology Program which found increased rates of C cell hyperplasia in exposed rats and mice. This is a precursor to familial medullary—and possibly other types of—thyroid cancer.1. Shih, et al, ‘The Association Between Smartphone Use and Breast Cancer Risk Among Taiwanese Women: A Case-Control Study,’ Cancer Management and Res 2. Carlberg, M et al, ‘Is the Increasing Incidence of Thyroid Cancer in the Nordic CountriesCaused by Use of Mobile Phones?’ Int J Environ Res & Pub Health,’ 7 Dec 2020. 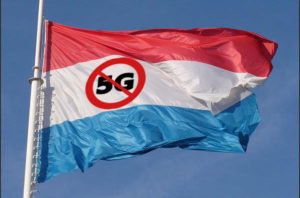